Paul Cranfield Smyth was born at St. Anne’s Brookfield Schoolhouse in Highgate in April 1883. He was one of seven children born to George and Emma Smyth. His father was the headmaster of the school. 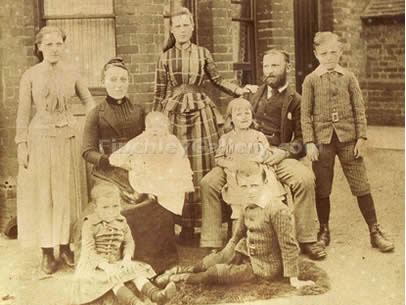 Photo: The Smyth family outside their home in Highgate, London 1889. Paul Smyth is seated bottom left of the photograph. 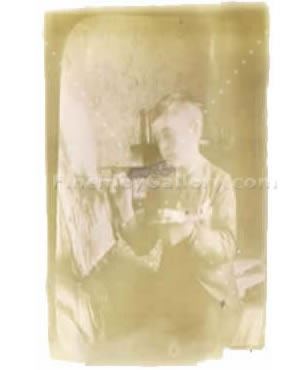 From the time he received a paint box at an early age, the young Paul showed that he had a wonderful gift in being able to paint and in later years he was able to impart much of his knowledge to others.

“Indentured a pupil teacher, much against my inclination. Reconciled to it and started work. Teaching all day, studying all the evening with very little leisure".

In 1901, Paul won the Pupil Teacher's Bishops of London Prize for Religious Knowledge and for a time he considered becoming a clergyman.

In 1902, he entered St Mark’s College, Chelsea. During this time, the Hampstead Sketch Club was formed with Paul as the Secretary.

In 1904, he left St Mark’s and started as an assistant master at Holy Trinity Boys School, Sloane Square. 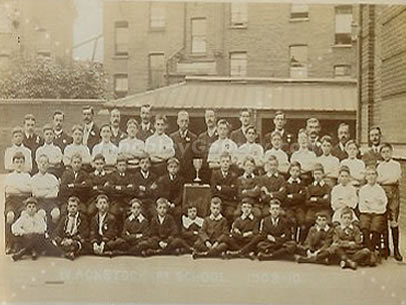 In 1913, at the age of 30, his picture of  “The Ferry Boat Inn” in Holywell, Cambridgeshire was hung at the Royal Academy. There were quite a few people who had wanted to buy the picture, including a Mr Whitehead from George Town, British Guiana but it was sold for £20 to a Mr Smith.

In July 1914, Paul signed up with the 2/7th Middlesex Regiment, and in January 1915 sailed for Gibraltar. His diary entry for that time says he was arrested while painting a sketch of the town! 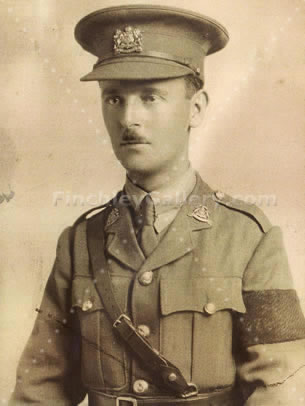 In August 1915 he sailed for Egypt, and arrived in Cairo on September 20th. He was able to find time to do some painting here also (see below). 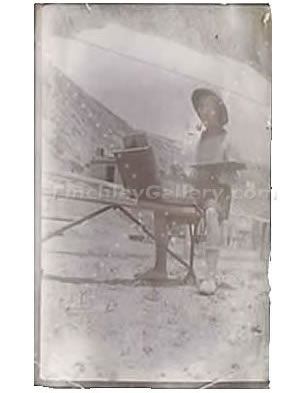 In 1916, Paul was made a Commissioned Officer and returned home to England for leave. Shortly afterwards he went to France as a 2nd Lieutenant in the 19th Manchester Regiment.

“Fighting on the Somme in battle near Perrone at Ypres.  In line for months on end - very uncomfortable spot.”

After being seriously wounded on the first day of the Battle of Paschendale he was evacuated to Netley Hospital, where he spent the next 9 months.

On 20th July 1918, Paul married Elsie Mulley at St. Mary's, Brookfield, Highgate. Paul and Elsie had first met on Canvey Island when Paul made frequent trips there with his family from London dating back to 1913. Elsie had moved to Canvey from Richmond, London with her mother and sister, Hilda, due to the healthy sea air. 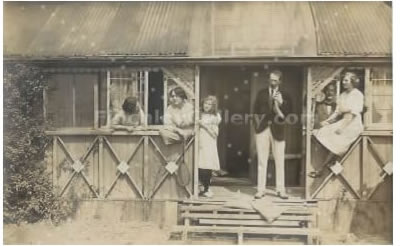 Photo: Elsie sitting on the window next to Paul before they were married, at the Mulley's bungalow "Buccleach", Leigh Beck, Canvey Island.

Paul and Elsie started married life in Dartmouth Park Avenue, Highgate.  Paul continued teaching at various schools in London and painted wherever and whenever he could.

He held numerous one man exhibitions, some in his own home.

In 1938, Elsie and he moved with their two children Geoffrey and Pauline, to Valley Avenue, North Finchley.

At the outbreak of war in 1939, Paul was the Headmaster of Wormholt Park LCC Senior Boys School, London, W.12. The family were evacuated with 500 children to Oxford. In his diary Paul notes that he had to oversee the billeting!

During his time in Oxford, he painted yet more pictures and in 1941 he held a one man exhibition in the city.

After the war his diary entry notes:- 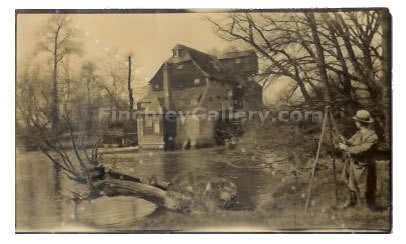 Throughout the years he lived in Finchley, he was a driving force behind the Finchley Art Society which he founded in 1949 and was president of for some years. 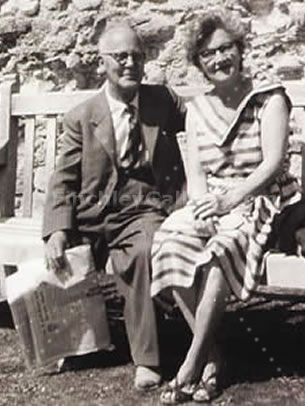 In March 1963, just one month before his 80th birthday and still busy with his many interests, he caught pneumonia whilst visiting friends in Bournemouth. He died shortly afterwards. 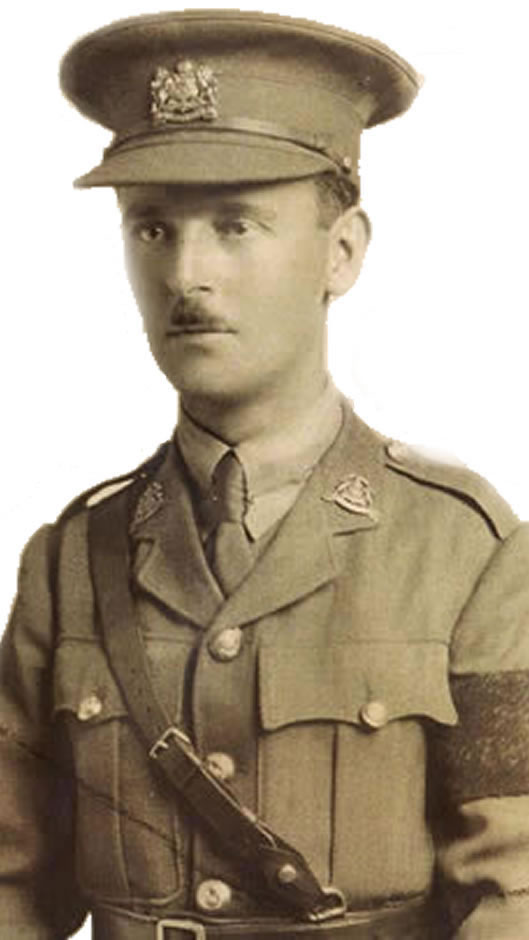